How to Prevent Equal Pay Issues in Your Organization 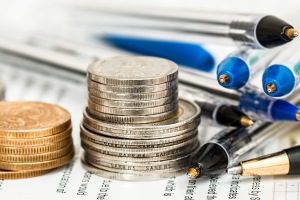 Big Law. Wall Street. Technology. Healthcare. Entertainment. All of these industries have recently been in the spotlight for equal pay issues. In June, 2018, Jones Day was sued by a former female hiring partner who alleges the firm’s secret compensation system and subjective performance reviews are designed to hide pay discrimination against women. Other law firms subject to similar suits include Morrison & Foerster (sued in federal court in San Francisco in April, 2018), Ogletree Deakins (sued in the Northern District of California in January, 2018) and Chadbourne & Parke, LLP, which recently settled a 2016 lawsuit filed in the Southern District of New York. The three former Chadbourne partners reportedly received between $250,000 and $1 million apiece. In early 2018, a federal court judge allowed a class action lawsuit of 2,300 women to proceed against Goldman Sachs alleging it systemically pays women less than men and gives them weaker performance reviews that impede their career growth. Google faced a similar amended lawsuit in 2018 alleging unfair pay practices adversely affecting women in engineering, management, sales, and teaching roles. That systemic pay discrimination lawsuit is based, in part, on Google’s company-wide policy to ask about prior salary history and use it to set starting salary, a practice the plaintiffs allege perpetuates a historical pay disparity between men and women. Earlier this year, Hollywood news spread like wildfire when it was disclosed that Mark Wahlberg was paid $1.50 million to reshoot his scenes in “All the Money in the World,” while co-star Michelle Williams, who was reportedly represented by the same agency, was paid a per diem of $80, totaling less than $1,000.

Equal pay has been a longstanding enforcement priority of the U.S. Equal Employment Opportunity Commission (“EEOC”). Enforcement actions filed by the EEOC under the Equal Pay Act (“EPA”) increased five-fold from 2014-2017. Targets of such lawsuits include a Nebraska bank, an Arkansas juvenile correction and detention center, a health clinic in Texas, and a Delaware pizza restaurant that withdrew two offers of employment to high school students after they asked why the male candidate was offered .25¢ more per hour than his female friend. Recently, the EEOC entered into a $2.66 million settlement with the University of Denver’s Sturm College of Law following allegations that female law professors were paid less than their male counterparts. Earlier this year, a federal court in North Carolina also approved a $45 million settlement reached by the EEOC with Family Dollar Stores involving allegations that female store managers were paid less than similarly situated male managers.

Protection from pay inequality is provided under both the EPA and Title VII. The EPA, enacted by Congress in 1963, prohibits employers from discriminating “between employees on the basis of sex by paying wages to employees in such establishment at a rate less than the rate at which [it] pays wages to employees in such establishment for equal work on jobs the performance of which requires equal skill, effort, and responsibility, and which are performed under similar working conditions.” 29 U.S.C. §206(d)(1). The EPA overlaps with Title VII which generally prohibits discrimination based on sex. (“It shall be an unlawful employment practice for an employer to fail or refuse to hire or to discharge any individual, or otherwise to discriminate against any individual with respect to his compensation, terms, conditions, or privileges of employment, because of such individual’s…sex…” 42 USC § 2000e-2 Section 703(a)(1)).

At the statewide level, more than 40 states and local jurisdictions have enacted or introduced bills to supplement the EPA in an effort to close the gender pay gap. Massachusetts, New York, and California led the charge. Massachusetts’ Pay Equity Act, which just took effect on July 1, makes it illegal for employers to pay men and women different rates for “comparable work.” Wasting no time, the top flutist of the Boston Symphony Orchestra filed a lawsuit under the Act on July 2, 2018 alleging her compensation is only 75% of her closest comparable colleague, the orchestra’s principal oboist, who is a man. Similarly, Oregon’s Equal Pay Act, effective January 1, 2019, requires employers to reward “work of comparable character” equally, regardless of sex. Additionally, Hawaii, Vermont and Connecticut are the most recent states (along with various cities and counties, including San Francisco and New York City) to prohibit salary history inquiries. Prohibitions in these state laws and ordinances range from not allowing employers to inquire about or consider a job applicant’s salary history during the hiring practices, to not allowing employers to release the salary history of any current or former employee to that person’s prospective employer without written authorization from the employee (unless it is otherwise required by law, part of a publicly available record, or subject to a collective bargaining agreement), to prohibiting employers from disciplining employees for discussing their own wages or the wages of other employees, conduct which is already unlawful under the National Labor Relations Act.  Penalties for violations of these laws can be steep. They provide for recovery of compensatory and punitive damages and attorneys’ fees. Fines also vary. Delaware’s law imposes civil penalties of up to $10,000 for each violation; infractions of New York City’s law could result in penalties of up to $250,000.

Even though Florida is not currently one of the many states with its own pay equity law or salary history ban, employers in all industries should nevertheless be mindful of promoting pay equity and reevaluating their compensation practices. Proactive measures should include:

Employers can only gain a competitive edge by getting out in front of the equal pay issue and taking a hard look at their compensation practices. As Chair of the Labor and Employment Law Section of the SCBA and the incoming President of the Sarasota Chapter of Florida Association for Women Lawyers (FAWL), I urge employers to take these measures not just because they fear a lawsuit, but because it’s the right thing to do. 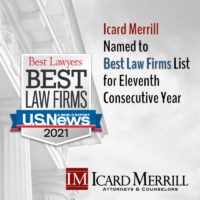