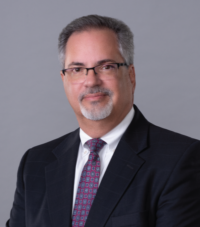 “It is not death that a man should fear, but he should fear never beginning to live.”
— Marcus Aurelius

Mark Martella is an experienced authority in business law and business practices, real estate matters, bankruptcy, foreclosure, and estate planning.  In his 30 years as an attorney both in New Jersey and Florida, he has helped thousands of clients facing business and personal financial challenges.  He has written dozens of articles on these topics, and has published his first book: “Bankruptcy in Plain English:  The Ultimate Layman’s Guide to Taking the Fear and Mystery out of the Bankruptcy Process”. He has published special reports for consumers and small business owners on topics such as:

After practicing law for sixteen years in New Jersey, the last twelve of which were with his own firm of Corrado & Martella, P.C. located in Jersey City, Mark and his family moved to Punta Gorda, Florida in 2004, just a few days before Hurricane Charlie.

Having served as vice president and in-house counsel for a Southwest Florida title agency, Mark was admitted to the Florida Bar in 2006 and joined a local law firm in Punta Gorda before launching his own firm in 2008.  In 2016, he merged his Charlotte County practice with Icard Merrill, expanding the firm’s presence in Charlotte County.