OCTOBER 14, 2020 – Attorneys Telese Zuberer and Matt Brockway have been renamed to the board of directors of local organizations.

Attorney Telese Zuberer has been reelected to the board of directors of the West Florida Chapter of the Community Associations Institute. Zuberer served as president of the organization in 2009, and will serve her third 3-year term on the board.

Attorney Dick Webb departed from the Sarasota Chamber board after being actively involved with the organization for several years. Webb served on the board of directors since 2012, and was also a member of the Executive Committee from 2012-2014 and chair of the Audit Committee.

Icard Merrill is proud to support these organizations. The firm is a gold corporate sponsor of CAI, and has been a member of the Sarasota Chamber for over 55 years. 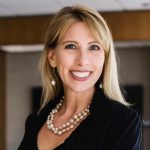