Our firm and our attorneys are consistently recognized for professional excellence and achievement. 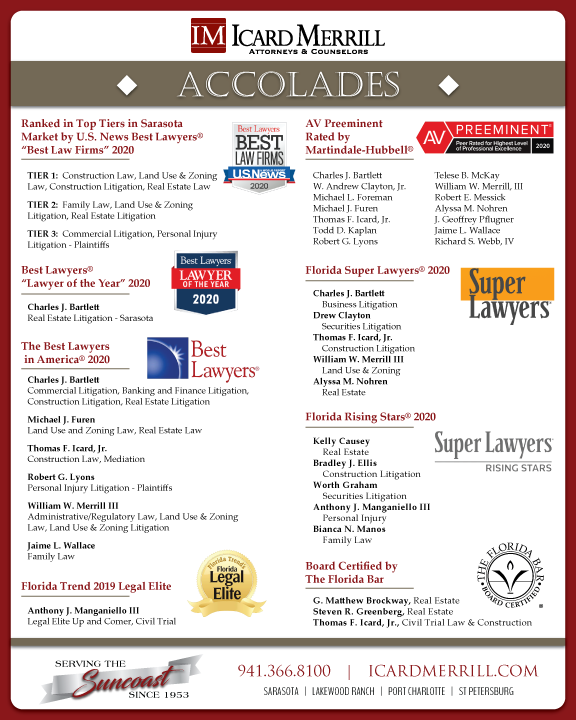 Furen and posthumous honoree Gil Waters were recognized for being trailblazers and helping to shape the community.

Since 2002, The Argus Foundation’s Lifetime Achievement Award has honored business people of Sarasota who have made valuable contributions to the community throughout their lives.

The award was presented posthumously to William Merrill, Sr., in 2016.  He had an enormous influence on shaping Sarasota’s legal community having served as president of the Sarasota Bar Association and developing some of our region’s biggest condominium complexes. Merrill was involved with some of the most important land sites in Sarasota County, including what is now the Ritz-Carlton Sarasota, the former Sarasota Quay land and once co-owned the land that was purchased for the Mall at University Town Center. He was a Shriner, a Mason, an Eagle Scout and a chairman of the Boy Scouts of America Troop 90. Merrill was a charter member and Elder at Church of The Palms.