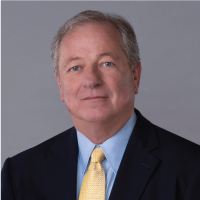 JANUARY 18, 2022 – We are pleased to announce that Telese L. Zuberer has succeeded Robert G. Lyons as the law firm’s president. The change in leadership is the first in 23 years, and Zuberer is the first female to hold the position.

Lyons, who joined Icard Merrill in 1986, has been at the helm of the firm since 1999. He will continue his highly accomplished and expansive mediation and arbitration practice at the firm’s Sarasota headquarters. “This is a special opportunity to hand over the role to someone who possesses the same vision and values that have served as our firm’s foundation for almost seven decades. Finding the right people to lead your organization is critical to future success. I’m confident in Telese’s ability to undertake this challenge and take us to the next level.”

Zuberer co-founded and operated McKay Law Firm, P.A., for 13 years before joining Icard Merrill as a shareholder in 2017. The move to Icard Merrill, with a larger firm infrastructure and framework, allowed tremendous growth for her community association law practice.

“As we move into our 70th year, I am excited to use my leadership and work experience to facilitate the firm’s continued growth along all business lines,” expressed Zuberer. “We have an outstanding team that is unified in their vision for the future. We are dedicated to caring for our staff, providing a first-class experience for our clients, and continuing our notable legacy of community service.” 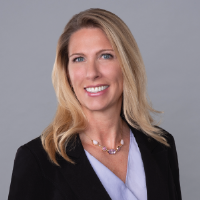 Telese L. Zuberer will be the first female to serve as firm president.

After 40 years of experience handling scores of jury trials through verdict, Lyons current practice focuses on mediation and arbitration. He is certified by the Florida Supreme Court as a Circuit-Civil Mediator for mediation in all Florida Circuit Courts as well as the United States District Court for the Middle District of Florida. He is also qualified to serve as a court ordered, non-binding arbitrator and voluntary binding arbitrator. He holds the AV® Preeminent Peer Review rating from Martindale-Hubbell and has been named to both The Best Lawyers in America and Florida Super Lawyers. He received his J.D. from Detroit College of Law at Michigan State University.

Zuberer’s practice focuses on representing not-for-profit community associations, including condominium associations, homeowners’ associations, voluntary community associations, and commercial and business associations. Telese was named to the list of 2021 Florida Super Lawyers and holds the AV® Preeminent Peer Review rating from Martindale-Hubbell. She served as president for the West Florida Chapter of Community Association Institute (CAI) in 2009 and served on the board of directors for six years before being reelected for another three-year term commencing in 2018. Zuberer regularly teaches continuing education courses for community association managers, serves as the guest speaker for numerous organizations, and authors articles for various publications. She received her J.D. from University of Miami School of Law in 1999, and her LL.M. in real property development in 2000.

Icard Merrill, which opened its first office in Sarasota in 1953, also has offices in Lakewood Ranch, Punta Gorda, and St. Petersburg.