Why Civility Continues to Matter 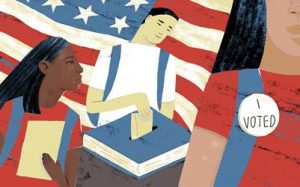 It is seemingly impossible to read a news article or watch television commentators without getting bombarded by “analysis” which disparages the character of those with whom the reporter or commentator disagrees. Democrats are all power-hungry socialists who hate this country. Republicans are all heartless racists. Illegal or undocumented immigrants are all criminals. And all lawyers are greedy and dishonest, right? The examples of such vile mischaracterizations are endless.

This is not to suggest that our country’s struggle with a lack of civility is new. In fact, incivility has a long and unsettling history here and elsewhere. In the 20th century, Americans were troubled by a lack of civility attributed at various times to World War I, the Great Depression, World War II, the Vietnam War, the Civil Rights Movement, rock and roll, the sexual revolution, and the women’s rights movement. In 19th century, the Civil War, new immigrants, urban life, and the disparity between those with great wealth and the impoverished were blamed for a lack of civility. But the growth of social media in recent years has exacerbated the cancer-like spread of incivility in our public discourse.

After 32 years of litigation and arbitration and as a mediator, it is abundantly clear to me that civility matters. Character assassination of one’s opponent and other disrespectful tactics are not only ultimately ineffective, but that type of conduct demeans us as professionals, makes disputes much more difficult if not impossible to resolve, and compromises our ability to serve as role models and leaders in our communities. And yet, incivility is on the rise in our profession, most likely because it reflects current trends in society at large.

In 2010, the 12th Judicial Circuit adopted revised Standards of Professionalism, the preamble to which states, in part, “Clients are best represented by attorneys who exhibit professional conduct at all times and, as such, attorneys must work to enhance communication, respect, honesty, and courtesy among members of the Bar and in their daily interaction with the judiciary, other attorneys, clients, witnesses and the public.” Section G of those standards, which is entitled, “Conduct Toward Attorneys, the Court and Participants” provides in subsection (1) that, “Attorneys should refrain from criticizing or denigrating the court, opposing attorneys, parties or witnesses before their clients, the public or the media, as it brings  dishonor to the profession.” There are several other such mandates in the local professionalism standards.

The following year, the American Board of Trial Advocates (ABOTA) persuaded the Florida Supreme Court to add the following language to the Oath of Admission to The Florida Bar: “To opposing parties and their counsel, I pledge fairness, integrity, and civility, not only in court, but also in all written and oral communications.” ABOTA’s efforts were prompted by its observation that incivility within the legal profession has been growing in recent years.

So, what is civility and why does it matter? Syracuse law professor Keith J. Bybee writes in his insightful recent book, “How Civility Works,” that “Civility is a close cousin of both politeness and courtesy,” noting that, “By the mid-1500s an understanding of civility as ‘behavior proper to the intercourse of civilized people’ had been cemented in the English-speaking world.”

At the age of 16, George Washington authored by hand 110 Rules of Civility and Decent Behavior in Company and Conversation, apparently as part of a penmanship exercise. The very first of the rules, reportedly based on a set of principles composed by French Jesuits in 1595, states, “Every Action done in Company, ought to be with Some Sign of Respect, to those that are present.” Arguably, the foundation of civility, politeness, and courtesy is respect for others and for oneself.

In his extraordinary 1936 book, How to Win Friends and Influence People, Dale Carnegie wrote, “To change somebody’s behavior, change the level of respect she receives by giving her a fine reputation to live up to. Act as though the trait you are trying to influence is already one of the person’s outstanding characteristics.” Likewise, novelist Antoine de Saint-Exupery said, “I have no right to say or do anything that diminishes a man in his own eyes. What matters is not what I think of him, but what he thinks of himself. Hurting a man in his dignity is a crime.”

I believe Saint-Exupery hit upon the key to why civility matters. If he is correct that “hurting a man in his dignity is a crime,” then human nature suggests that the victim of such a crime will not be open to listening to the perpetrator of that crime. And, if people stop listening to those with whom they disagree, how does a society remain civilized?

We know intuitively that it is possible to disagree with one another in a civil manner – without impugning the character or motives or dignity of another. Civility matters because treating people with respect allows for the full and free exchange of ideas, and the possibility that we might learn from another’s point of view – even if we continue to disagree.

As lawyers, we have the unique opportunity to lead by example when it comes to showing why civility matters in the face of conflict. In addition to satisfying our professional obligations to act in a civil manner, we have the abilities to show others outside of our profession how it is possible to disagree, sometimes vigorously, without being disagreeable.

Civility matters because it makes us better people, more effective advocates for our clients, and it helps to make our communities better places in which to live. In fact, a functioning  democracy depends on civility. For that reason, it is my hope that the members of our local bar will support the “Civility Project,” which I want to institute as a Sarasota County Bar Association program next September as I begin my year as bar president. I have asked former bar president Ed Ford to assist us in that regard, and he has enthusiastically agreed to do so. I look forward to your thoughts and assistance in this regard.

Drew Clayton is a shareholder at Icard Merrill with a practice focused on securities arbitration and litigation. Drew has been involved in hundreds of securities-related disputes during his 31-year career, and has not only represented customers in cases against financial advisors and brokerage firms, but investors in closely-held businesses, securities industry employees in disputes with their former employers, and in regulatory proceedings initiated by state and federal regulators as well as the Financial Industry Regulatory Authority. 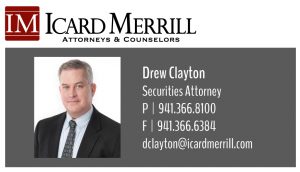 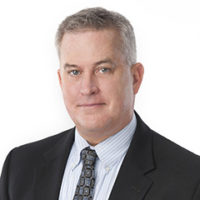 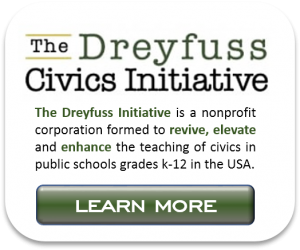